The Secret of the Night 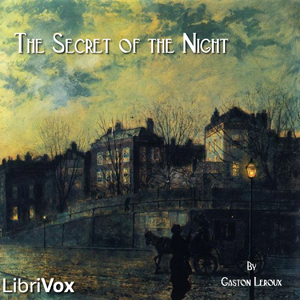 The Secret of the Night

LibriVox recording of The Secret of the Night by Gaston Leroux. Read by Don W. Jenkins.

Gaston Leroux, perhaps best known as the author of The Phantom of the Opera in its novel form, was also the author of a popular series of mystery novels featuring a young journalist cum detective named Joseph Rouletabille. It is most likely that Leroux styled his hero after himself. Rouletabille was in the tradition of other great detectives who solved their cases by pure deductive reasoning. Much as Sherlock Holmes, who eliminated the impossible and concluded that whatever remained, however improbable must be the truth, Rouletabille included the known facts about the case and eliminated everything that was not a known fact, no matter how much it appeared to relate to the case. In The Secret of the Night, the names of the characters are often challengingly Russian and the plot involves, appropriately, both the Czar and the Nihilists. Introduction by Don W. Jenkins)

Reviewer: dorcas70 - favoritefavoritefavorite - March 29, 2020
Subject: Mixed
The first half of the book was enjoyable but I found the second half hard to follow and I was easily distracted.

Uploaded by librivoxbooks on April 8, 2011